Embrace Inclusion organized a forum to do a recollection of significant changes impacted by the pre-election inclusive election programs. The meeting was attended by DPO leaders from the beneficiary sub counties, IEBC sub county educators, election observers and Action Network for the Disabled educator and was held at Chania Tourist Lodge hall, Thika.

The main point of discussions were centered on whether the trainings by ANDY and Embrace Inclusion did have any impact on PWDs in both understanding of the voting process, PWDs rights and whether there was confidence among members in their respective DPOs towards participation of the upcoming general elections.

Though stakeholders do agree that there have been positive and identifiable transformation in both ends of PWDs and the commission through education and recognition respectively, there are still challenges that needed to be addressed like proper allocation of job opportunities and  I.E.B.C educators unavailability in some areas  which led to information reaching late.

They all hailed the impact created by both sides in educating their members and the awareness created through the forums held in their areas.

It was agreed that trainings should be held much earlier before the elections to be able to reach out more people in much remote and interior areas.

They were all thankful to both embrace inclusion and Andy for facilitating the trainings and hailed the impact created. 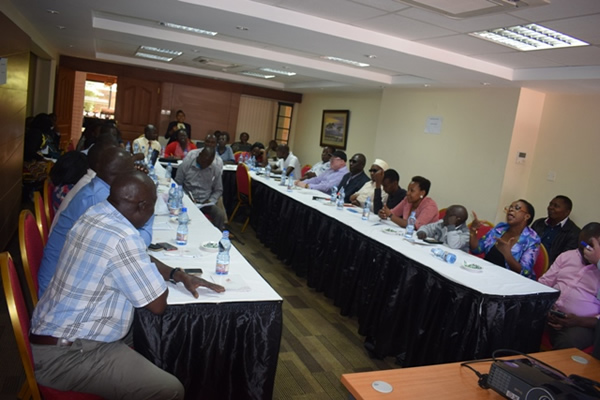 Your ticket for the: Kiambu County DPO Leaders and Stakeholders Meeting